Experts think that one issue on President Biden’s Social Security reform, could become a focal point as soon as this year. CNBC’s recent article titled “Biden has promised to reform Social Security — some changes could come as soon as this year” says that the program’s funds have been running low. The latest official estimate from the Social Security Administration shows that just 79% of promised benefits will be payable in 2035 because of the depletion of its trust funds and this does not add in the impact of the pandemic, which experts say could move that date up even sooner.  Beck & Lenox Estate Planning & Elder Law, LLC, encourages middle-aged and older adults to get their estate plans in order with a special focus on asset protection for possible future needs.

Under his plan, eligible workers would get a guaranteed minimum benefit equal to at least 125% of the federal poverty level. Those who have received benefits for at least 20 years would get a 5% bump. Widows and widowers would receive about 20% more per month.

Biden also proposes changing the measurement for annual cost-of-living increases to the Consumer Price Index for the Elderly, or CPI-E, which could more closely track the expenses that retirees have. To pay for this, Biden would apply Social Security payroll taxes to those making $400,000 or more.

The COVID-19 pandemic has produced what has been called a “notch” that would decrease benefits for those turning 62 and claiming retirement benefits in 2022, as well as those who file for disability or survivor benefits that year. However, Congress is expected to act to prevent those reductions before they can happen.

However, even with a Democratic majority in the House and Senate, there could be roadblocks to getting major Social Security reform approved. The Democrats have proposed their own legislation designed to bolster the program, the Social Security 2100 Act.

This bill aims to boost benefits and restore the program’s solvency for the next 75 years, by raising payroll taxes. Another proposal, the Social Security Expansion Act from Senator Bernie Sanders, also seeks to up benefits for low earners while raising taxes for those with higher wages.

On the Republican side, Senator Mitt Romney says he would like to see the TRUST Act passed, which would allow lawmakers form bipartisan committees to address programs, like Social Security, that face a shortfall in funding and fast track changes to improve them.

From Beck & Lenox’s standpoint, this makes all the more reason for those in retirement or nearing retirement to take a look at their estate plan and at the possibility of long-term care expenses and how to handle them.  It sounds like President Biden’s Social Security Reform will not lessen your worries, and if money is tight, you need to have a plan.

Reference: CNBC (Jan. 23, 2021) “Biden has promised to reform Social Security — some changes could come as soon as this year” 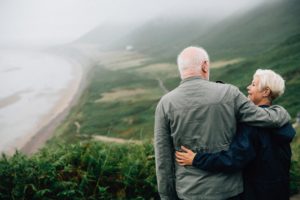 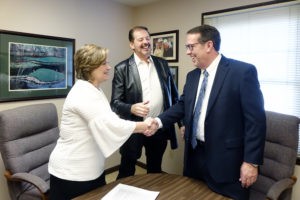