Beck & Lenox Estate Planning & Elder Law, LLC, has been waiting to see how Vietnam Vets and Presumptive Benefit Status will be treated if the annual Defense Budget bill passes.  If passed into law, the requirement would have the VA start granting fast-track disability status for roughly 34,000 veterans suffering from three conditions- Parkinsonism, Hypothyroidism and Bladder cancer.  It would also be a major victory for veterans advocates like Beck & Lenox who have pushed for the change for many years.

VA officials have resisted the action to grant presumptive benefits status in recent years, while they conduct additional scientific research into the connection between the illnesses and exposure to chemical defoliants during the Vietnam War. Internal documents also show disagreements within the Trump administration over adding new Agent Orange-connected diseases.

Earlier research from the National Academies of Sciences, Engineering and Medicine linked the medical problems to Agent Orange exposure. However, Office of Management and Budget officials have questioned the validity of those findings, in light of the potential expense of new disability payouts.

“The VA, I think, has been unfairly treating this issue for years and denying people coverage that they ought to have, saying things that can clearly be linked to Agent Orange exposure were not,” he said in an interview Wednesday.

“This will give people the coverage that they deserve because of the Agent Orange exposure, and I think that’s huge.”

The issue of presumptive benefits status has been controversial in the veteran community for a long time. In most instances, veterans must prove (usually with medical exams and service records) that their injuries and illnesses are associated with their service to receive disability benefits. However, in conflicts like Vietnam, where the chemical defoliant Agent Orange was used across the country with little clear record of when U.S. troops were exposed, the federal government has made exceptions to the standards of proof.

Now, those vets who served in the country and later suffered a series of 14 illnesses known to be connected to the chemical exposure, receive presumptive exposure status and need not provide additional documentation to apply for benefits.

The new legislation will help roughly 34,000 vets who aren’t currently receiving full disability payouts. That will cost about $8 billion over the next 10 years.

President Trump has threatened to veto the bill because of provisions to rename bases honoring Confederate leaders, calling it an attack on U.S. military history. Nonetheless, lawmakers included the provision in their final draft. He also insisted on language in the authorization bill repealing legal protections for social media companies, since their conduct has become a national security issue. However, legislators rejected that notion. They said it was not relevant to the military budget measure and because it was not included in the separate drafts adopted in the House and Senate earlier this year.

In the process of applying for non-service connected Aid & Attendance pension benefits, the attorneys at Beck & Lenox have come across service-connected situations which have resulted in greater, overall compensation for a number of veteran clients.  We strongly urge veterans with possible service-connected disabilities and conditions to contact their local VA center for screening.

Update since this article was published:  On December 23, President Donald Trump vetoed the bill. The House and Senate voted on December 28 and January 1, 2021, respectively, to override the veto.

Surprising Statistic On Who Has No Will

Should You have a Pour-Over Will?

How to Know If a Last Will Is Invalid

Can I Protect My Inheritance from Divorce? 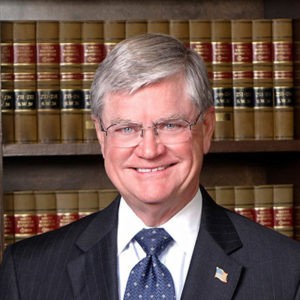 What Are Non-Probate Assets?